Stefanos Tsitsipas has been tipped for Grand Slam glory by Tim Henman but the Greek must refine small areas of his game to match Rafael Nadal and Roger Federer on a regular basis The 22-year-old squared off with Nadal at the ATP Finals in London, as he looked to build on an impressive showing at Roland-Garros.

Tsitsipas won the 2018 Next Gen Finals before going on to reach the semi-finals of the Australian Open in January 2019.

Now the next step would be to win a Slam and in the view on Henman, he could be the young gun to do it, once the likes of Nadal and Federer drop off.

When asked if he is a future Grand Slam winner, Henman said on Prime Video: “Yes, absolutely. Again, I’ve said it a dozen times this week, he’s 22 years of age.

“I think it’s very easy to forget that considering he’s already achieved some big things in the game. 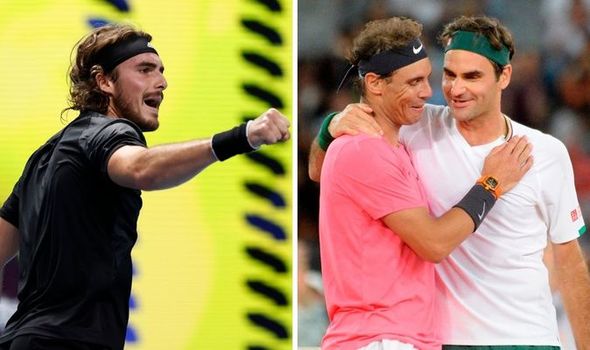 “He’s going to mature and gain experience. I still think he can improve in different areas.

“Looking at this, [Daniil] Medvedev, Tsitsipas, [Andrey] Rublev, [Alexander] Zverev. I think they are all potential slam winners.”

Henman was then asked if the big prizes may start to be shared around, replying: “They certainly would hope so.

“It’s been slim pickings for everybody else.”

Tsitsipas himself has previously laid on record that he is excited by the challenge of dethroning the greats.

“It’s an exciting switch for the game,” Tsitsipas said at the Shanghai Masters last year.

“I’m happy to be included in there and it’s going to be very interesting in the next couple of years to see how tennis will evolve and how the young guys are going to dominate the game. 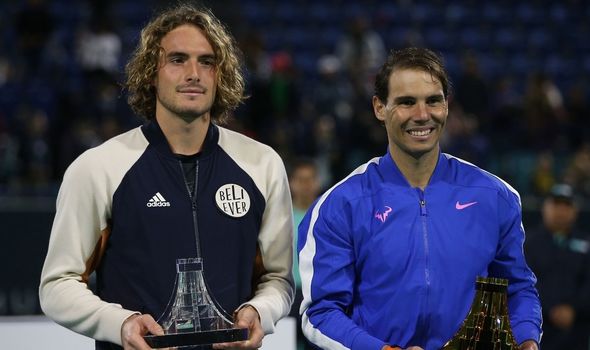 “At some point we will see change, it can’t be that Rafa [Nadal], Roger [Federer] and Novak [Djokovic] win everything.

“So, I know that in order to see my name among these titles I know I’ll have to go through a lot of pain and a lot of hype and struggle.

“I’m honestly excited, I’m excited by the idea of trying to get there.”