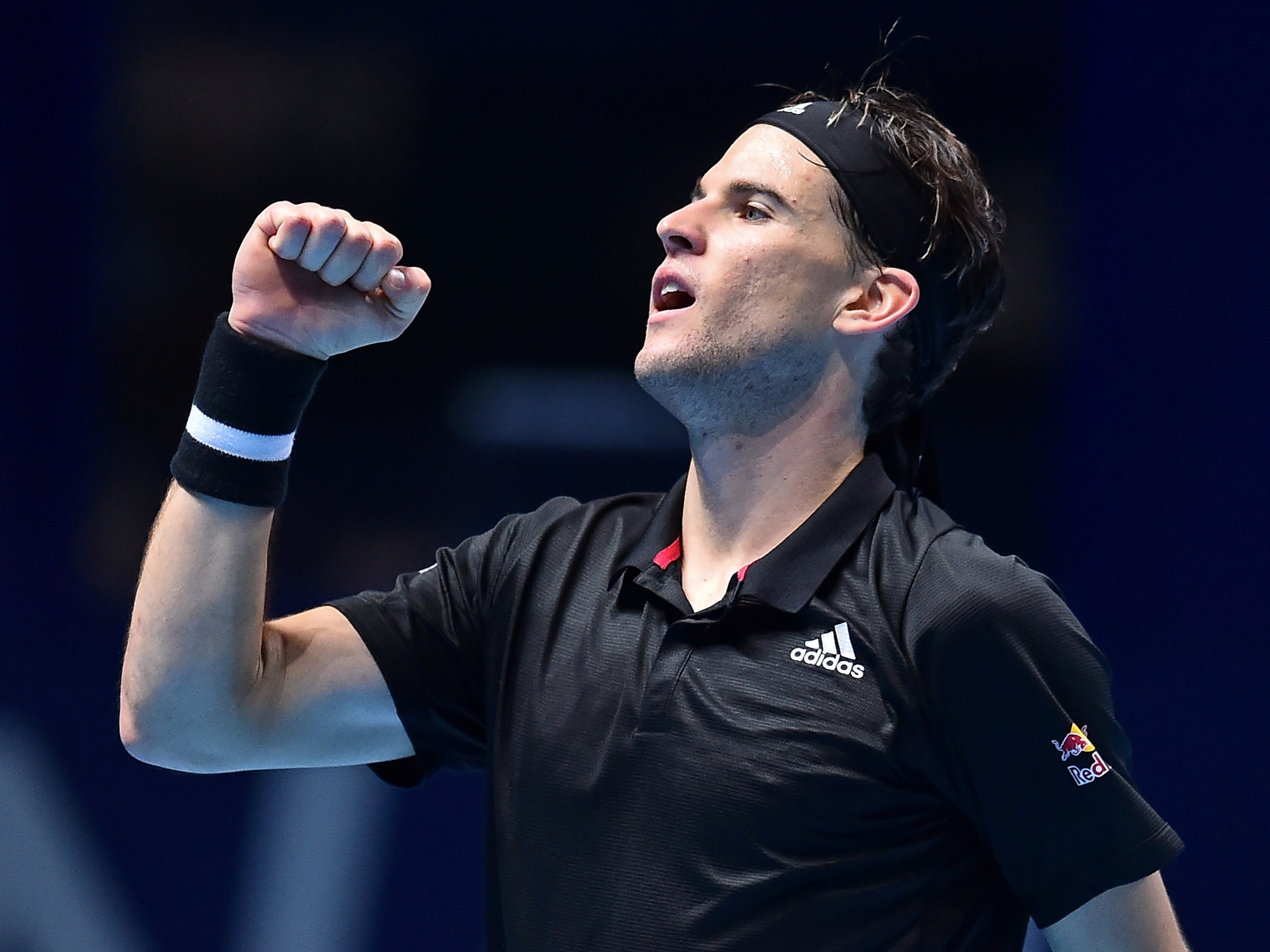 Nadal and Thiem had met on 14 previous occasions, all but two of them on clay. The two matches on hard courts were both corkers – a US Open quarter-final in 2018 that Nadal won on a deciding tie-break and a clash at the same stage of the Australian Open earlier this year won by Thiem.

The Austrian won all three of his sets that day on tie-breaks, and the first set here went the same way after 12 pulsating games in which the pair were so well matched that they won exactly the same number of points.

It appeared Nadal would come out on top this time when he led 5-2 with two serves to come but Thiem won both of those points and then, after the Austrian double-faulted, Nadal dumped a snatched backhand into the net on set point.

At 34, the nerves have begun to penetrate Nadal’s previously ice-cold veins at the biggest moments, and that was evident again here. 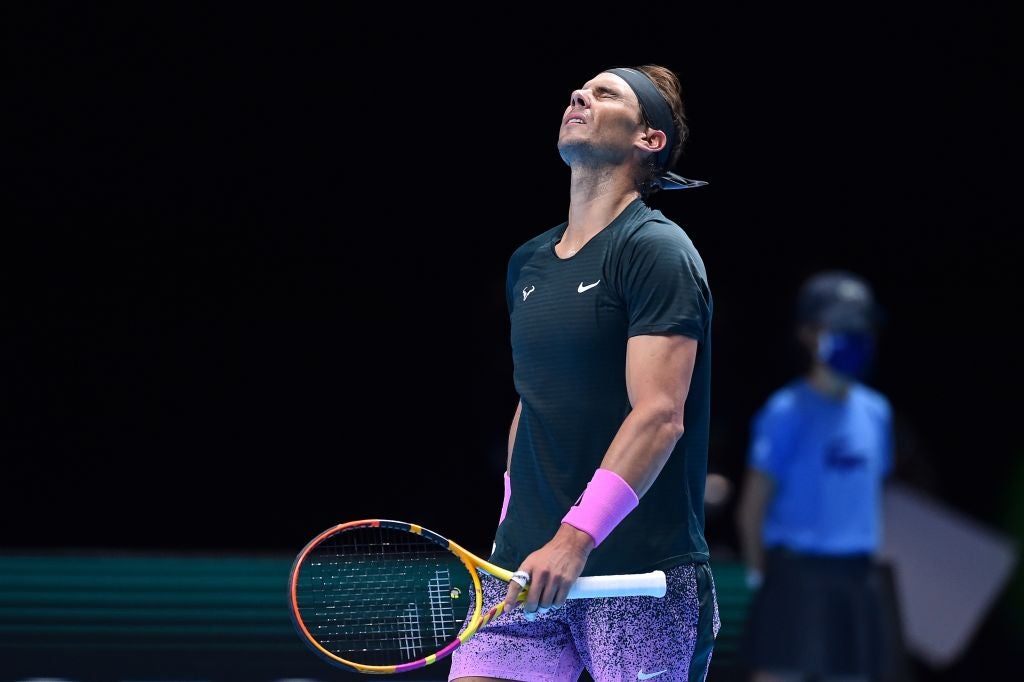 Rafael Nadal reacts during the defeat

Thiem now arguably carries the mantle of bravest when the stakes are highest and he saved another set point with a thumping forehand winner before staging a repeat to steal the set.

There was no let-up in quality in the second set and the first break of serve finally arrived in the seventh game as Nadal forged ahead.

But Thiem hit straight back, his backhand down the line again proving the key weapon in his arsenal against the great Spaniard.

Nadal’s nerves were to the fore once more serving at 4-5 as a poor volley and rare fluffed smash gave Thiem three match points, but the second seed saved them all, the second when a drop volley kissed the top of the net and landed for a winner.

Nadal held firm to force a second tie-break but Thiem’s willingness to go for the big shots and make them earned him more match points, and this time he took one.

In his on-court interview, Thiem said: “I think it was a great match from the first to the last point. I think I was pretty lucky to get the first set, I was 2-5 down in the tie-break.

“Against Rafa it’s nice to win the first set obviously but still he’s there 100 per cent from the first to the last point so I knew that maybe I have a slight advantage but still, I had to stay super focused.