Aymeric Laporte’s injury last season put Man City out of the title race by Christmas. The Pitch to Post podcast asks: could the same happen to Liverpool without Virgil van Dijk?

Liverpool defender Van Dijk will undergo surgery following a challenge by Jordan Pickford in Saturday’s Merseyside derby, suffering a suspected ACL tear, and could be out until the spring.

All under one roof: The Pitch to Post Preview, Pitch to Post Review, Super Sunday, Monday Night Football, The Women's Football Show and more… subscribe and listen here!

City suffered a similar blow in their defence in August last year, with Laporte spending a total of 30 games on the sidelines through injury, as Pep Guardiola’s side struggled to plug the gap, finishing 18 points behind Liverpool in the title race.

Will Liverpool’s season go a similar way? Or are they better set up to cope with the absence of their talisman, who played every single minute of their historic title-winning season in 2019/20?

On the latest Pitch to Post Review podcast, Jasper Taylor is joined by Gerard Brand and Ben Ransom to analyse exactly what this means for Liverpool.

“Look at the injury, we know it’s an ACL injury. To me, that’s six to nine months from what we’ve seen with other professionals. Best case scenario, he could be back by Gameweek 32, in April. Even if he’s back in training though, will he be match fit? You’d imagine not.

Liverpool with and without Van Dijk (PL only)

“If it’s seven months out, that could be Gameweek 37. But again, by that point in the season, who knows whether they’d want to throw him back in? It’s a long road, and you’ve got to remember match fitness.

“Aymeric Laporte’s injury last year was, to me, an absolute mirror image of this. He was the most important defensive player they had, they were one centre-back short in the squad, and they lost him for almost the entire season. 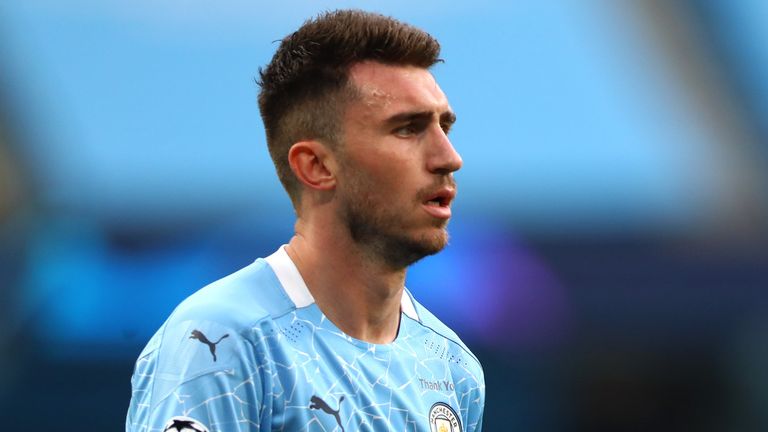 “Laporte’s injury was not quite as bad as Van Dijk’s; and it took him five months to get back to playing. He started playing again at the end of January having been injured on the final day of August.

“He broke down again, we didn’t see him for another month, then he came back, broke down again a couple games later, and he’s only just getting back to fitness. Clearly it’s not as simple as saying: ‘It’s six months.'”

The loss of an orchestrator, but hope for Liverpool? 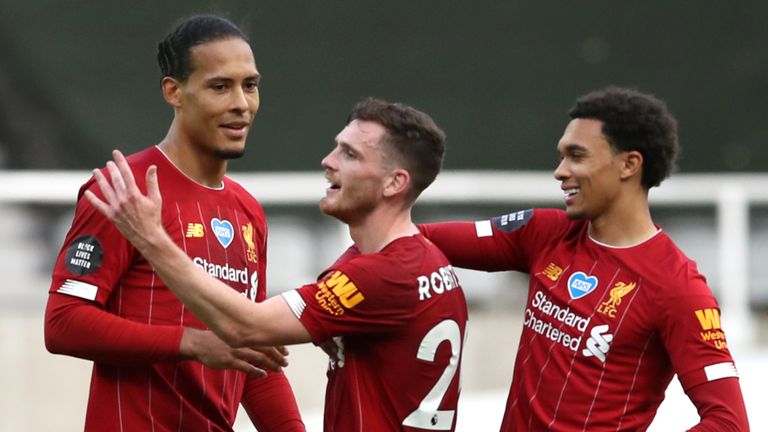 “It’s huge. The reaction has been ‘title blown wide open’ and that this changes everything for Liverpool – I’d argue separately the title was rather open before Van Dijk’s injury – but nevertheless we may well be looking back this news in seven months and marking it as the most defining moment of the season.

“He’s their orchestrator, and in a team that play risky, high line football, you need a cool head and he is very much that. And clearly he’s their leader alongside Jordan Henderson. So it’s a massive blow for Klopp. You could just tell after the game he almost looked shell shocked.

“But I think the one thing Liverpool fans can cling onto is that their midfield is probably not your typical title-winning midfield in that they are all focused on energy, and particularly defensive energy; winning the ball back and snuffing out chances before the ball even reaches their defence. They do a lot of their defending before the likes of Van Dijk get near the ball.

“This might be controversial but I don’t believe this is as bad as City losing Laporte last season. Of course, that ended terribly, they couldn’t find a partnership, they lost the influence Fernandinho in midfield and put him into defence, a move that still baffles me really, and they were never the same.”

Fabinho to slot in? 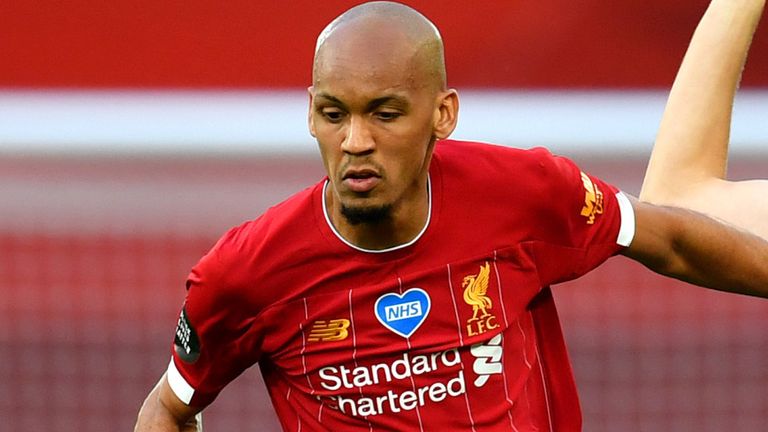 “I’m interested to see what Klopp does here – you might have Joe Gomez and Joel Matip to line up together, but there are concerns there, particularly over Gomez’s form. I do wonder whether Fabinho drops into defence. He’s tried him there twice already this season, once in the win over Chelsea, where he impressed.

“He also played Fabinho at centre-half against Bayern Munich in the first leg of their Champions League last 16 in 2018/19 and he helped earn a clean sheet, when Van Dijk was out. That set Liverpool up to progress and then win the tournament, so there’s obviously trust there.”

“Like Fernandinho, bringing Fabinho into defence and losing him midfield could be a blow for Liverpool.

“But I think Fabinho will be the natural replacement, certainly going into next season. He can talk to everyone, he’s the one player, like Van Dijk, who can get Gomez or Matip alongside him, and tell the full-backs to tuck in.”