Tottenham boss Jose Mourinho has been tipped to sell Dele Alli on the cheap by talkSport host Adrian Durham. The England international has endured a nightmare season so far and could leave the transfer window reopens in January. And Manchester United have been backed to sign him should Mauricio Pochettino replace Ole Gunnar Solskjaer at Old Trafford.

Alli has played just 73 minutes of Premier League football for Tottenham this season, having come close to joining Ligue 1 giants Paris Saint-Germain on loan during the summer transfer window.

And he was recently hooked in half time of Spurs’ Europa League defeat to Royal Antwerp, in a move that suggests his time at the club could be coming to an end.

Tottenham have seen Alli blow hot and cold over the last two years and Mourinho appears frustrated with the playmaker.

And talkSport host Durham thinks he could be sold in the January transfer window, and thinks Mourinho may accept a low offer to get him off the books.

“Now has come the time to break the ties with Tottenham Hotspur and move on for a different challenge, wherever that may be,” Durham said. 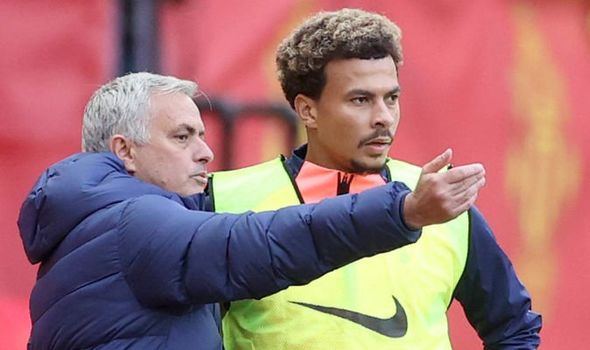 “Dele Alli has had his football heart broken by Jose Mourinho.

“What Jose needs to do to take the steps forward to take Tottenham where he wants to go, then there will be collateral damage along the way – and Dele Alli is part of that.

“So Dele Alli now has to sit down and look at himself and say, ‘hang on a minute, I have been, in my time, one of the Premier League’s better players. For a couple of seasons I was magnificent, and I want to get back to that. So I need to seek a move’.

He then added: “Whether that is abroad or to another Premier League club – whatever it is – clearly Mourinho doesn’t want him, so he won’t care where he goes.

“And I don’t think Mourinho will stand in his way either. 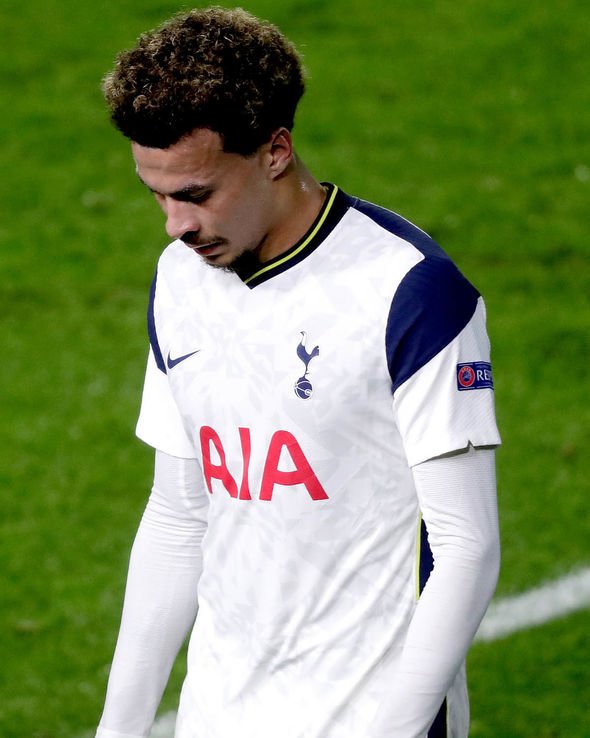 There came a time where Alli was touted as the hottest prospect England have to offer at international level.

But former Arsenal and Everton star Kevin Campbell has been left shocked by the midfielder’s decline.

“I think there’s been a clash of personalities with Mourinho myself,” Campbell told Football Insider.

“Dele Alli has been a mainstay under Pochettino for the glory times at Spurs, wins everything but trophies and he’s looked the part.

“Dele Alli is a good player, he’s a really good player but if he’s not playing he’s got to go somewhere and play because Dele Alli not playing is a huge waste of talent.”

Tottenham are next in action against West Brom on Saturday (12pm).