Arsenal’s summer signing Thomas Partey is more than capable of playing for Liverpool, Manchester United or Manchester City, according to Paul Merson. Partey hasn’t had an easy ride at Arsenal since joining on deadline day last month.

He made his debut off the bench in the 1-0 defeat to City before starting his first game as Arsenal lost by the same score to Leicester.

But Partey’s skillset was on full show last time out when Arsenal beat Manchester United while keeping a clean sheet.

The Ghana international had long been linked with a move to the Emirates and Arsenal are now clearly delighted to have brought in the midfielder.

He’s added some calmness to Arsenal’s midfield while also being able to dictate play from further back. 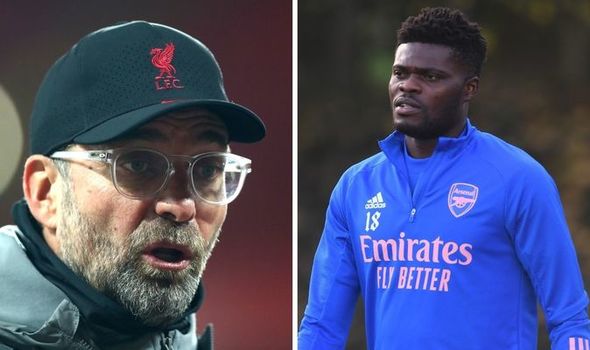 At 27 years of age, Partey is only just entering the prime of his career and could establish himself as a regular at the Emirates for years to come.

And Arsenal icon Merson is surprised that Arsenal’s rivals such as Liverpool and City didn’t try and pay Partey’s £45m release clause.

“I can’t speak highly enough of him,” he said on Sky Sports News.

“When they said Partey looks like he’s going to Arsenal for £45m, I thought ‘am I missing a trick here?’

What channel is Arsenal vs Aston Villa on? TV, live stream, kick-off

“He could play for anyone, I look at Manchester City, Manchester United, Liverpool.

“I can’t speak highly enough of him, it’s an absolute steal for Arsenal.”

But Merson is disappointed Partey won’t be able to line up alongside Mesut Ozil, who has been cast aside by Arteta this season.

“They’ve got that player now. Before you looked and you thought ‘not good enough in midfield’,” he added. 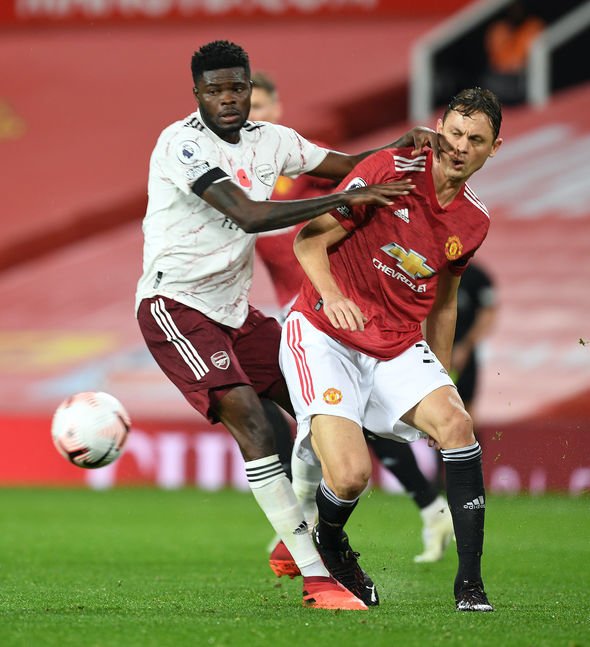 “You’ve got Xhaka and whoever it might be playing with him. They haven’t got that pass, and they play deep, and it’s just workman-like.

“It’s a shame that Ozil can’t play because I think he opens up the space for Ozil.”

Partey is expected to be in the line-up once again today as the host Aston Villa.

Arsenal could climb into the top six with a win heading into the international break.