Home » Soccer » Ray Clemence dead: Tributes pour in for Liverpool and Spurs great who was ‘giant of a man’

Ray Clemence dead: Tributes pour in for Liverpool and Spurs great who was ‘giant of a man’

Kenny Dalglish and Jamie Carragher are among those to have paid tribute to legendary goalkeeper Ray Clemence. The former England No 1 has tragically passed away following a long battle with illness. A family statement read: “After fighting so hard, for such a long time, he’s now at peace and in no more pain. The family would like to say a huge thank you for all the love and support that he’s received over the years. He was loved so much by us all and he will never be forgotten.”

Clemence will be remembered as one of Liverpool’s greatest-ever goalkeepers, after helping them win five league titles and three European Cups during his time at Anfield.

He was signed by Bill Shankly after impressing as a youngster at Scunthorpe and he would go on to play a huge part in some of Liverpool’s historic, most successful sides.

After leaving Liverpool, Clemence spent seven years at Tottenham where he won the FA Cup and UEFA Cup before retiring in 1988.

Clemence played 61 times for his country and also dedicated time to the Three Lions as a goalkeeper coach under several managers including Kevin Keegan and Roy Hodgson. 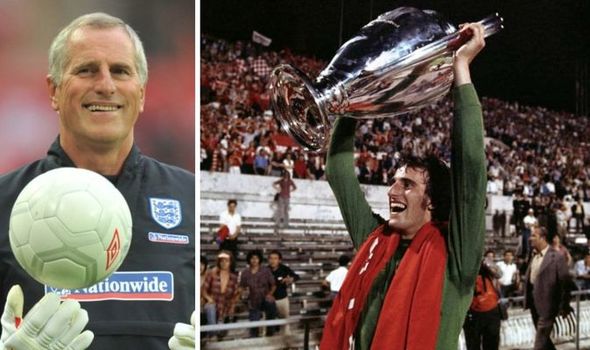 Following today’s devastating news, English football has united to remember a true gentleman and legend of the game.

England posted a statement on social media: “We are extremely saddened to learn that former #ThreeLions goalkeeper and coach Ray Clemence has passed away at the age of 72. All of our thoughts are with Ray’s family, friends and former clubs at this time.”

Liverpool tweeted: “We’re deeply saddened by the passing of one of the greatest-ever goalkeepers, Ray Clemence. The thoughts of everyone at Liverpool Football Club are with Ray’s family and many friends. Rest in peace, Ray Clemence 1948-2020.”

While Tottenham wrote: “We are deeply saddened to report the passing of legendary former goalkeeper Ray Clemence. We extend our deepest sympathies to Ray’s family and many friends throughout the game at this sad time.”

His former Liverpool team-mate Kenny Dalglish wrote: Today we have lost a true legend. Clem was a fantastic teammate and great to be around. I will never forget how he helped me to settle in at Anfield. Our thoughts are with the Clemence family. RIP Clem.”

A host of former Liverpool, England and Tottenham team-mates also weighed in…

Jamie Carragher: “RIP Ray Clemence. An @LFC giant who was also a giant of a man. #YNWA”

Phil Thompson: “So sorry to hear of the passing of Ray Clemence my eyes and ears as a teammate, and oh what a keeper,love to Vee and all the family YNWA.”

John Barnes: “Deepest condolences to the clemence family for the passing of ray… he was a great goalkeeper and a greater person!”

David James: “I’m deeply saddened to hear the passing of Ray Clemence. Clem was my coach with @england for more than a decade. A lovely man with a wicked left foot, I had a poster of him on my bedroom wall as a kid. Raymond Neal Clemence: August 5th 1948 – November 15th 2020. #YNWA”

Robbie Fowler: “Ray Clemence, a man deserving of the legend status…My thoughts and prayers are with all his family and friends … #RipClem.” 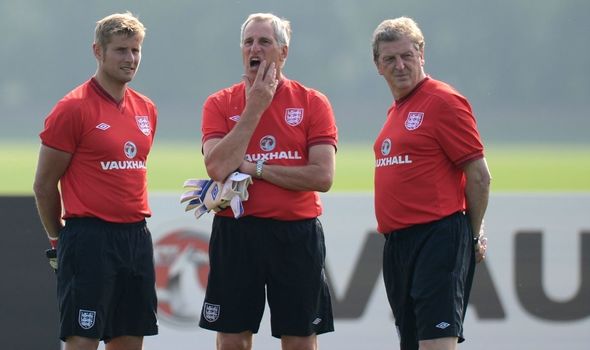 Ian Rush: “RIP Ray Clemence, we have lost a true legend! It was an honour to know you and to get the chance to play with you! My thoughts and prayers are with your family.”

Frank Bruno: “Ray Clemence RIP I cannot believe it Ray who has been battling with cancer for a few years has passed away. An excellent goalkeeper a really nice man and a great charity supporter a sad day he was such a fighter with this evil illness very sad.”

Chris Kamara: “Oh no not Clem gone as well. Great goalie & as nice a man you could wish to meet RIP Ray Clemence.”

Stan Collymore: “There are many better photos of Ray Clemence, of triumphs and successes. But there aren’t any better than this grainy screen grab of him running towards the Kop as Spurs keeper. A spontaneous two-way expression of respect and appreciation. Rest in peace, Clem.”