Former Liverpool defender Glen Johnson has no doubt that Steven Gerrard would takeover from Jurgen Klopp if the opportunity presented itself, but has a word of warning to his former team-mate. Ever since Gerrard made the move into management, it’s been clear that his end goal is to take over at Liverpool.

Just over a year after Klopp took charge of Liverpool, Gerrard was appointed as a youth coach for the Reds where he impressed staff with his attitude in the academy.

The former England captain then took his first managerial post at Rangers in 2018, tasked with trying to dethrone Celtic at the top of Scottish football.

But his long-term goal remains to manage Liverpool one day and there were strong suggestions a future change was in the pipeline after both Klopp and Gerrard signed new contracts up until 2024 back in December last year.

Klopp has already admitted his current contract at Liverpool will be his last and Gerrard is the overriding favourite to succeed him. 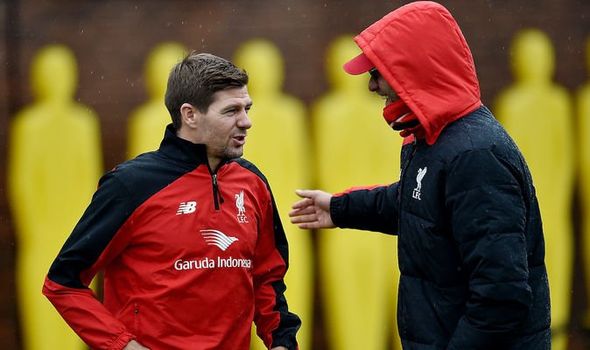 The German coach isn’t finished at Anfield just yet though with four years remaining on his contract.

Gerrard too is focussed solely on his efforts at Rangers to win their first top-flight title since 2011.

But it’s hard to look past the inevitability of Gerrard becoming Liverpool manager in the future.

Johnson has no doubts that Gerrard would be the right man for the job when it becomes a possibility.

However, the 36-year-old admits Klopp’s achievements on Merseyside may add some pressure on Gerrard.

“Yeah definitely. He’s Mr Liverpool, he loves the city in and out and he’s similar to Lamps, he’s got the right temperament for it,” he told Compare.bet.

“It’s one of those roles, where, with Liverpool doing so well, who would want to step into Klopp’s shoes when he leaves?

“It’s a difficult one, you kind of can’t win. 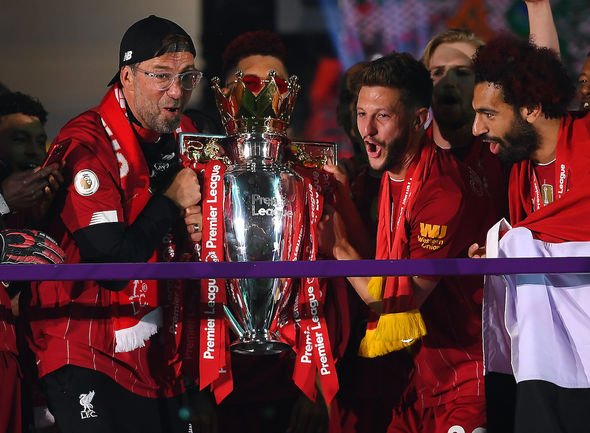 “It’s all about timing though, we have no idea what’s going to happen in four years’ time.

“But when the door does open if Gerrard thinks it’s the right time, I’m sure he’ll take the job.”

Rangers currently sit top of the Scottish Premiership having won 12 of their opening 14 games, including a crucial Old Firm derby win over Celtic last month.

Neil Lennon’s side are nine points adrift of their rivals, but have two games in hand.

Related posts:
Zinedine Zidane perplexed by heavy Real Madrid defeat as he takes responsibility for side ‘falling apart’
Leeds backed to beat Man Utd and Real Madrid to world class forward
Popular News
NBA releases first half of regular-season schedule
12/04/2020
Dynasty talk on hold for Nankervis and Richmond
10/17/2020
Solskjaer admits the pressure is on as Man United face Newcastle
10/17/2020
Nimes 0-4 PSG: Kylian Mbappe scores twice as French champions move top
10/17/2020
How Ole Gunnar Solskjaer could shake up Man United for Newcastle trip
10/17/2020
Recent News
NBA releases first half of regular-season schedule
12/04/2020
Alexander-Arnold boost and full-blooded Robertson – Inside Liverpool training
12/04/2020
Kai Havertz reveals Chelsea ace messaged him 'every day' to convince him to join
12/04/2020
Man Utd boss Ole Gunnar Solskjaer still ‘doesn’t trust’ double-act after PSG defeat
12/04/2020
Losing Len Kasper to the Sox might be hardest blow for Cubs fans
12/04/2020
This website uses cookies to improve your user experience and to provide you with advertisements that are relevant to your interests. By continuing to browse the site you are agreeing to our use of cookies.Ok