Everton manager Carlo Ancelotti does not want Jordan Pickford to change his mentality and has told his goalkeeper to trust his instincts on the pitch.

The England No 1 has come under scrutiny for a number of errors already this season and was firmly in the spotlight after his reckless tackle sidelined Liverpool defender Virgil van Dijk for several months.

He was benched for last weekend’s defeat at Newcastle but Ancelotti said he retained his support – echoed by Gareth Southgate who said this week Pickford has no genuine challengers to his England place – and has guaranteed him a start against Manchester United on Saturday.

“I have no message. I talk to him every day this week, we laughed, we were together,” said Ancelotti.

“He knows what to do tomorrow. He starts, yes he starts, no doubt. His mentality is good, I don’t want to change it.

“I don’t want to change his mentality or his character. I think sometimes he made mistakes because he thought too much.

“He has to use his instinct more, which is really good. He made fantastic saves because when he reacts he’s really top.

“When he has to act, sometimes he makes some mistakes in that situation but he’s still a young goalkeeper with a lot of quality, and there he can improve.

Save over 25% and grab a NOW TV Sky Sports Month Pass for just £25 a month for 3 months. Cancel anytime

“He has to improve by mistakes, as all goalkeepers did in their career. I’ve had fantastic goalkeepers, young, like (Gianluigi) Buffon and others that improved their quality through the mistakes they made in training.

“It will be the same for Jordan because the quality and also the character, the personality, is there. There’s no doubt he is, and will be, better in the future.

“On the pitch, he has to be focused on what he’s doing. He has to know, where his quality is.”

After two successive defeats, the first time Ancelotti has lost back-to-back league matches at the club, Everton need a victory as much as Manchester United after their much-criticised Champions League reverse to Istanbul Basaksehir.

Things have not got any easier for United with fit-again Toffees playmaker James Rodriguez and captain Seamus Coleman joined by Lucas Digne returning from suspension with only the still-banned Richarlison missing from their first-choice line-up. 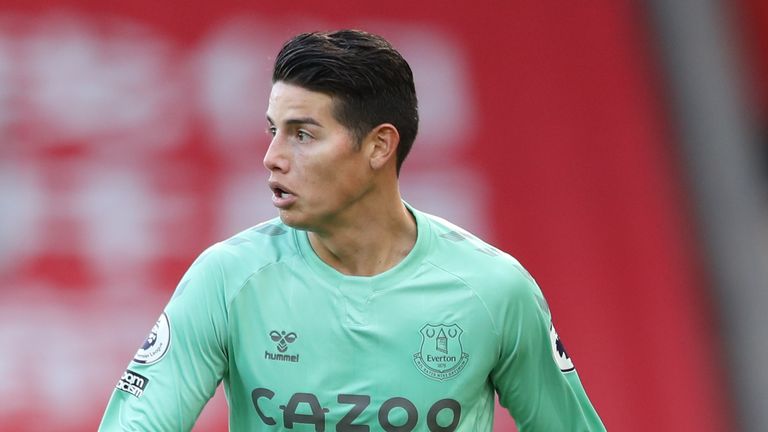 “In general I have sympathy for all managers, it is a difficult job. I have more experience than Ole and I can say to him that when things are not good there is only one (person) responsible and that is the manager.

“Every manger is under pressure and I can say the pressure we have is a privilege so we have to be good to analyse ourselves but with a good mind.

“It’s not as much pressure as is on someone who has to get up at 4am for work.”