Joe Hugill is understood to have signed his first professional contract at Manchester United after a whirlwind first three months that has brought goals, international recognition and a great deal of hype.

A £300,000 summer signing from Sunderland, Hugill – who turned 17 on Monday and is already six foot tall – has garnered a lot of attention with a string of performances that have belied his age.

Three goals in his first two U23 appearances has got Manchester United thinking they’ve found a new star – but is the hype around teenage sensation Hugill real?

Hugill has hit the ground running 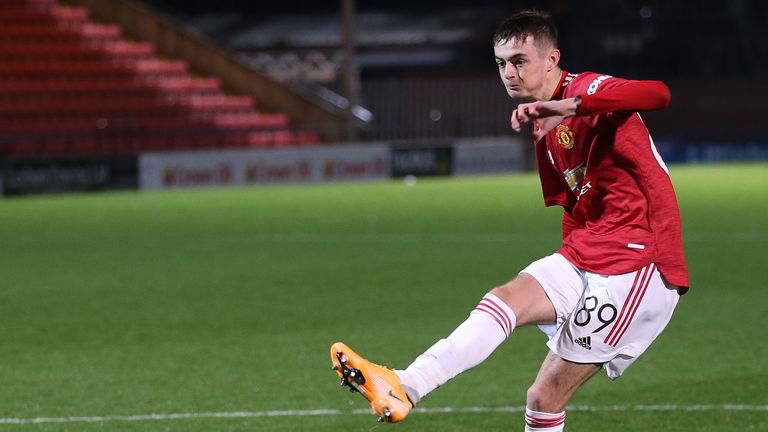 The hype surrounding Hugill was present long before he moved to Manchester United.

North London rivals Arsenal and Tottenham were reportedly pursuing the highly-rated striker when he was at Sunderland, before United ultimately won the race on July 1, 2020.

And Hugill hit the ground running immediately, leading the attack as a 16-year-old and scoring in the shootout as United’s U21s beat Rochdale in the EFL Trophy on penalties.

Signed as a first-year academy scholar, Hugill was fast-tracked into United’s U23 squad and needed just two minutes to make his mark with a clinical finish on his first league start against Blackburn. And he wasn’t done there, with Rovers four minutes away from victory after fighting back to take the lead, Hugill applied the finishing touch to a swift counter to rescue a point.

Hugill’s instant impact in the U18 and U23 ranks at Manchester United earned a first international call-up, with the striker joining Kevin Betsy’s England U18 squad for training at St. George’s Park during the international break.

Hugill returned to Manchester United and was back among the goals for the U23s with a strike in Saturday’s thrilling 3-3 with Arsenal’s U23s. 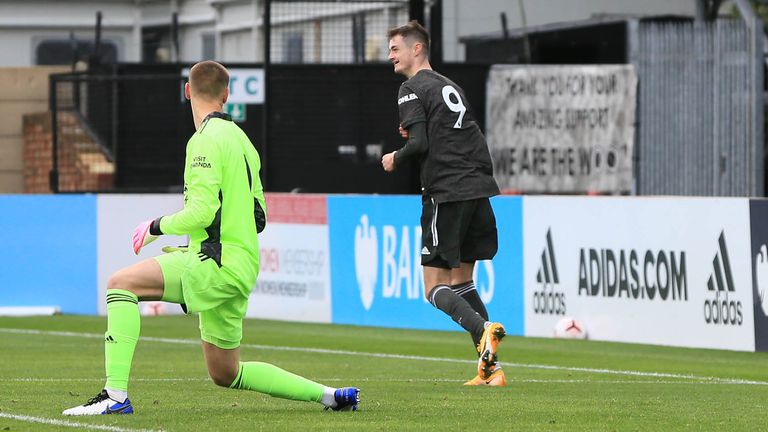 “Joe Hugill’s progress has come as a pleasant surprise to the coaching staff at Manchester United who recognised his potential when they brought him in from Sunderland.

“But the speed of that progress has exceeded expectations, bearing in mind he’s only been at the club for three months.

“The Durham-born youngster celebrated his 17th birthday on Monday, triggering the professional contract that was part of his £300,000 transfer from Sunderland in the summer.

“Hugill was part of a recruitment drive that has seen some of Europe’s best young talent arrive at Manchester United in recent weeks to not only bolster the club’s Academy but also provide Ole Gunnar Solskjaer with more options further down the line.

“In the light of injuries among the U23 squad, Hugill has taken his chance to claim the striker’s slot and claimed two goals in three starts.

“The teenager will probably play most of his football this season with the U18s as the Academy coaches aim to nurture him further and work on his physical development.”

It’s been some start to life at Manchester United for Hugill, who, at the tender age of 17, seems to have the temperament and ability to rise to every challenge placed in front of him. It’s a remarkable knack that could take him right to the very top.