James Rodriguez will miss Everton’s match against Southampton on Sunday due to an injury he sustained from a “mistimed” tackle from Virgil van Dijk in the Merseyside derby, Carlo Ancelotti has announced. Liverpool and Everton shared the spoils after the first derby of the season finished 2-2.

It proved to be a feisty affair with a number of controversial decisions.

Much of the post-match debate was centred around Van Dijk’s injury after a horror tackle from Jordan Pickford in the first half.

Richarlison was shown a straight red card late on after he hacked down Thiago Alcantara.

And there was more controversy in stoppage time when Jordan Henderson had a goal ruled out after Sadio Mane was adjudged to have been offside by VAR. 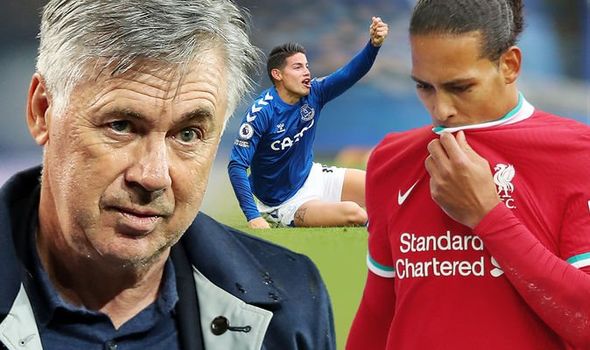 Van Dijk’s injury though has been a huge blow to Liverpool, particularly after it was confirmed that Pickford would face no retrospective action for the reckless challenge.

But Liverpool weren’t the only ones who walked away from the Merseyside derby feeling slightly aggrieved.

Early in the game, Rodriguez went down in a heap after a foul from Van Dijk.

The Colombia international was able to finish the game, but Ancelotti has confirmed Rodriguez is still feeling the effects from the tackle and he won’t feature this weekend.

“Unfortunately, James had a problem during the game,” he said.

“He had a mistimed tackle with Virgil van Dijk at the beginning of the game and I think he will not be available for the game against Southampton.”

Pickford has faced some heavy criticism for his foul on Van Dijk, which could see the Liverpool defender miss the remainder of the season.

But Ancelotti has jumped to the defence of his goalkeeper, insisting Pickford has been nothing but apologetic and that no malice was intended. 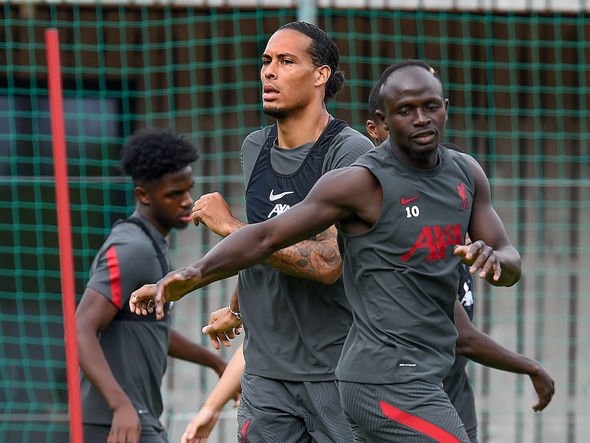 “To be clear, we are really sorry for the injury of Virgil van Dijk,” Ancelotti said.

“Every one of us hopes he can recover soon and well.

“There was this contact with Jordan Pickford: it was mistimed contact. But the fact the Premier League is so fast, it is not so difficult to arrive a little bit later.

“Jordan arrived a little bit later but his intention was to try to reach the ball. It was not to hurt Virgil van Dijk.

“To say it was premeditated, and this and that, in my opinion, is too much.”