Home » Soccer » England vs Iceland: Who will impress in England’s final competitive game before Euro 2020?

England vs Iceland: Who will impress in England’s final competitive game before Euro 2020? 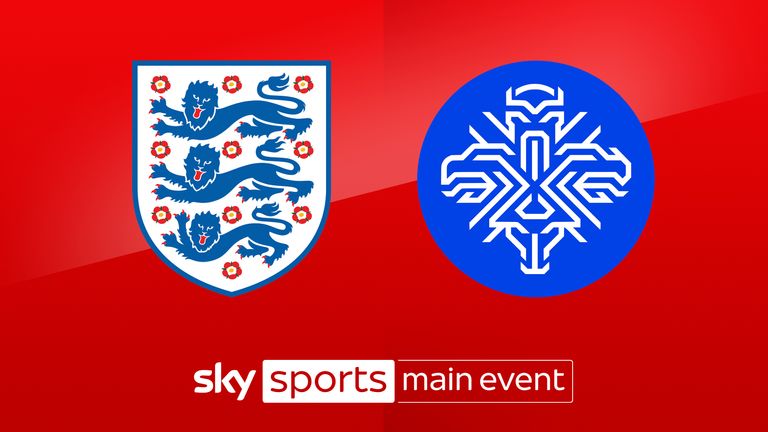 England’s players will get a big chance to impress Gareth Southgate against Iceland in their last competitive international before next summer’s Euro 2020 finals.

Although a dead rubber on paper, England’s Nations League curtain call against Iceland, their infamous conquerors at the last European Championships four years ago, offers Southgate’s charges one of their final opportunities to stake a claim for a place in his squad next summer, live on Sky Sports Main Event from 7pm on Wednesday, kick-off at 7.45pm.

The Three Lions will meet again only once, in late March, ahead of the build-up to June’s tournament.

But given Southgate’s side cannot finish any higher or lower than third in their Nations League group following back-to-back defeats to Denmark and Belgium, and face a side without a point to their name in this year’s Nations League, several players will be looking to send a message to the international boss.

In spite of defeat to Belgium last time out, Jack Grealish is one player who has done his international prospects no harm whatsoever over the international break – with everything but England’s front three looking up for grabs with seven months to go until they face Croatia at Wembley in their Euro 2020 opener.

The likes of Nick Pope, who started last week’s 3-0 friendly win over the Republic of Ireland, and Jadon Sancho, who was overlooked for Mason Mount in Sunday’s defeat to Belgium, will also be looking to help stake their claims among others.

Southgate will again be without one of his ‘fab four’ of Marcus Rashford, Harry Kane, Sancho and Raheem Sterling absent, as he has faced for every international squad since facing Kosovo in Euro 2020 qualifying – with the latter absent for Wednesday’s game with a calf complaint.

England grabbed a 1-0 victory in their Nations League opener with Iceland back in September, but only after their hosts missed a stoppage-time penalty in a dramatic finale in Reykjavik.

England looked to have endured a frustrating first reunion with Euro 2016 conquerors Iceland, with Harry Kane wrongfully denied an early opener before Kyle Walker was sent off for two bookable offences in the second half.

However, Raheem Sterling broke Iceland’s resistance in the first minute of time added on, winning and converting a penalty to put 10-man England in front with seconds remaining.

A clumsy Joe Gomez foul on Albert Gudmundsson gifted the hosts an immediate route back, but a woeful spot-kick from former Aston Villa midfielder Birkir Bjarnason let England off the hook as Gareth Southgate’s visibly-fatigued side got off the mark.

England have been unable to call upon their fab four – Harry Kane, Marcus Rashford, Jadon Sancho and Raheem Sterling – for an entire year.

In each of England’s last seven games, dating back to November 2019, Gareth Southgate has been without at least one of the talented forward quartet through injury, prompting their goal rate to drop significantly.

This has of course paved the way for new faces – Jack Grealish, Dominic Calvert-Lewin and Mason Mount have all impressed – but England’s free-flowing, free-scoring style in late 2019 has been absent.

With England’s hopes of qualifying from their Nations League group over, attention now turns to next summer’s Euro 2020 tournament and who makes it into Gareth Southgate’s best XI.

Our team of writers have picked their strongest England sides for the competition – and pick yours too with our Three Lions team selector.

Ben Chilwell has returned to England training following a back spasm, as all 22 players in the squad tested negative for coronavirus.

Chilwell picked up the injury in Sunday’s 2-0 defeat to Belgium, which ended England’s hopes of reaching the Nations League finals.

The Chelsea left-back is fit enough to return to training alongside his team-mates, but it remains unclear whether he will feature against Iceland on Wednesday.

Sterling and Jordan Henderson have already been ruled out of England’s UEFA Nations League clash with Iceland on Wednesday because of injury.

Liverpool captain Henderson picked up a knock in Sunday’s defeat against Belgium while Manchester City forward Sterling has withdrawn with a calf complaint.

Watch England vs Iceland live on Sky Sports Main Event from 7pm on Wednesday; kick-off 7.45pm. You can also follow all the latest in our dedicated live blog across Sky Sports’ digital platforms, with the latest build-up, match commentary and expert analysis. There will also be in-game clips and free match highlights shortly after full-time.