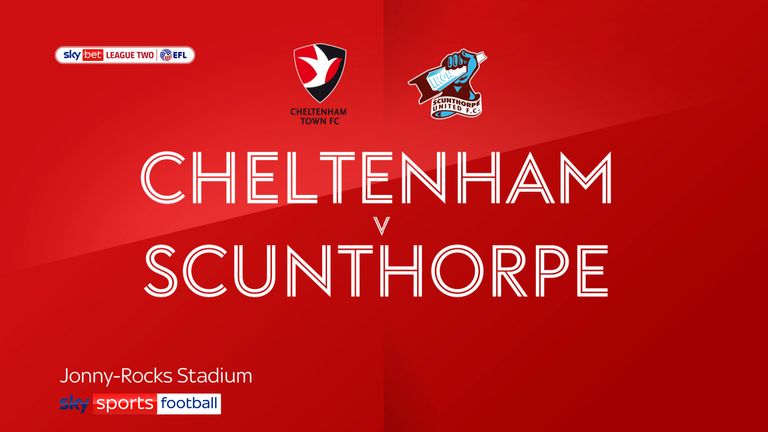 Reuben Reid’s early penalty ensured Cheltenham continued their fine start to the season with a 1-0 home victory over Scunthorpe.

The visitors were without boss Neil Cox and his assistant Mark Lillis due to Covid-19 protocol after an unnamed member of the squad tested positive.

The club’s Under-23s coach Russ Wilcox led the team at the Jonny-Rocks Stadium and he saw them concede after five minutes.

Elliot Bonds was brought down by George Hornshaw in the area and referee Sam Allison pointed to the spot.

Reid stepped up and scored his fourth of the season in all competitions, but his first in League Two.

Cheltenham controlled much of the opening half, with Aaron Jarvis’ shot comfortably saved by Josh Griffiths in a rare attempt from Scunthorpe.

Rory Watson pulled off a double save to deny Matty Blair and then Liam Sercombe in the 52nd minute as Cheltenham pressed for a second.

Scunthorpe were close to levelling when Mason O’Malley thumped a shot wide in the 73rd minute before Abo Eisa fired straight at Griffiths.

Andy Williams forced Watson into another diving stop in the 79th minute but Cheltenham had done enough for their fifth win in seven games.