Brighton have reportedly set a £50million price tag on defender Ben White amid interest from Liverpool.

White impressed on loan at Leeds last season and was integral in their promotion to the Premier League.

Leeds boss Marcelo Bielsa was desperate to sign the 23-year-old in the summer but his efforts were rebuffed as Brighton tied the defender down to a new four-year deal.

White has since made a strong start to life in the top flight and caught the eye of Liverpool, who are in need of a defender.

The Reds lost Virgil van Dijk for several months after he suffered a serious knee injury in the 2-2 draw with Everton on Saturday.

PREMIER LEAGUE ON TV: Get NOW TV’s Sky Sports season pass now and save 25 per cent 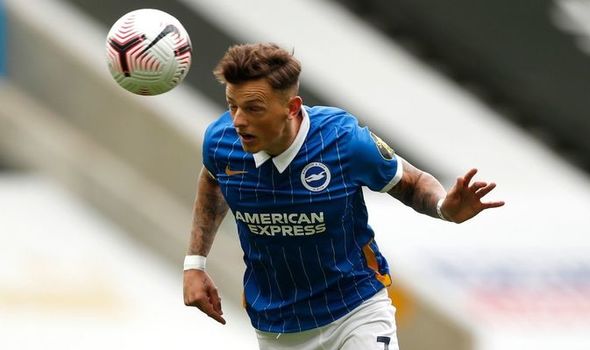 Joel Matip has also been prone to injury in the past 18 months and it means Liverpool are now vulnerable defensively.

According to The Sun, Brighton will want around £50m for White if Liverpool made an approach in the January transfer window.

Carragher said: “Dejan Lovren went and they didn’t replace him so they only have three centre backs and one of those, Joel Matip, is always injured. 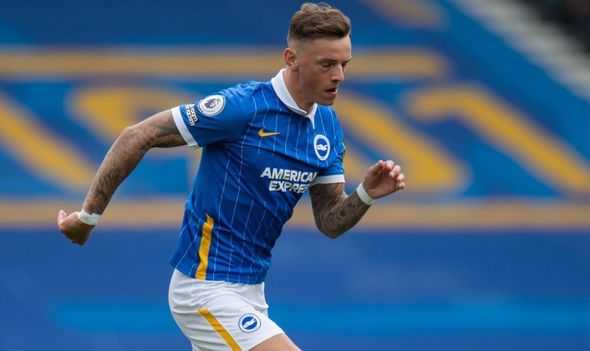 “There are question marks now about Joe Gomez. So there is no doubt that Liverpool had to go big in the transfer market.

“Everton in 1986 lost Southall to injury, Liverpool won. In 1988 – Alan Hansen, who was the Virgil van Dijk of that time, got injured in pre-season, Arsenal won league.

“Cantona missed half a season with his incident, Blackburn win the title. Laporte misses part of season. Man City lose the league.

“I think if van Dijk is fit for the whole season Liverpool win the league. Now without him it massively opens it up. The loss of van Dijk speaks for itself.

“We are talking about the best player and the most valuable player in the Premier League.

“The reason van Dijk was most valuable, I would say De Bruyne but he does get injured, but van Dijk was because he never missed a game.”