Hamilton made history once again on Sunday by winning his 94th race win on Sunday.

Having started in sixth position on the grid, the Brit worked his way up the field and finished half a minute ahead of second-placed Sergio Perez.

Crucially, team-mate Valtteri Bottas finished a lap behind him, meaning the Drivers’ Championship was wrapped up there and then. 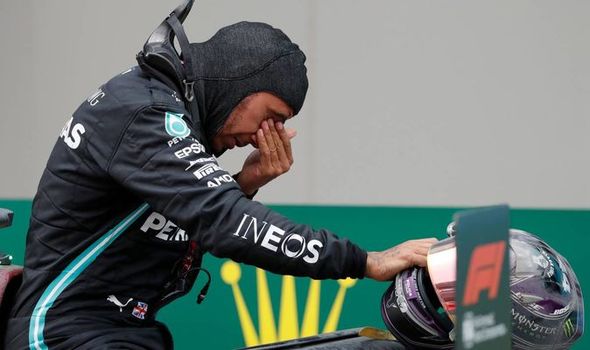 In his 13th season, he has now tied Schumacher’s record.

After crossing the line, a clearly emotional Hamilton was reduced to tears.

He said: “Thank you so much guys.

“That’s for all the kids out there who dream for the impossible.

“You can do it too, man. I believe in you guys.

“Thank you everyone out there for your support.”

Speaking to Sky Sports after the race, Hamilton – who won the first of his seven titles with McLaren before making the switch to Mercedes, described the “monumental journey” he’s been on.

He said: “I’m definitely a bit lost for words.

“I think naturally I have to always start with saying such a huge thank you to all the guys that are here and who are back at both the factories and all our partners for enabling us and giving us this opportunity. 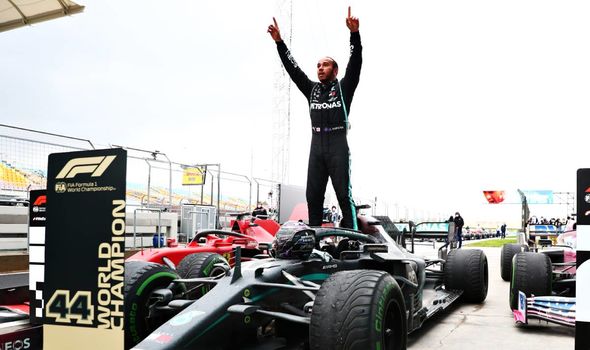 “I wouldn’t be able to do this if I didn’t join this team.

“The journey we’ve been on has been monumental. I’m so proud of them.

“This is way, way beyond our dreams.

“It’s important for kids out there to see this and not to listen to anyone who tell you you can’t achieve something. Dream the impossible.

“Speak it into existence and work for it, chase it, you’ve got to never give up and never doubt yourself.”